AARGH! Not pirates, matey– parrots! I’ll discuss the fascinating folklore of the buccaneers of old and their foul-mouthed familiars in a later post. First, let’s take ye a look at the amazing diversity of Caribbean parrots. The Caribbean region is home to many endemic species of psittacines: living, extinct, and… hypothetical.

Of course, by endemic, I mean: found nowhere else on earth, a species unique to one place. The Caribbean region is a biodiversity hotspot, teeming with unique animals and plants. And yet the amazing biodiversity of the region and the special services that Caribbean nature provides are highly threatened. Historically, islands have also been hotbeds of extinction.

All four islands of the Greater Antilles– Cuba, Jamaica, Hispaniola, and Puerto Rico– are home to endemic parrots.  Each species is under threat due to increasing pressure from ever-growing human populations, as well as from the increasing power and frequency of hurricanes. Of the five Greater Antillean amazon parrots, the Puerto Rican species is closest to extinction. 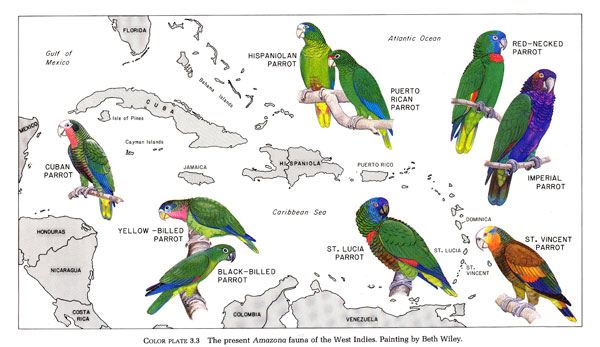 The Bahamas and Cayman Islands each host a special race of the Cuban amazon.

Three of the Lesser Antilles islands are home to endemic amazon parrots: St. Lucia (one glorious species), St. Vincent (one, a gem like no other), and Dominica (two unique species!) All are threatened with extinction. 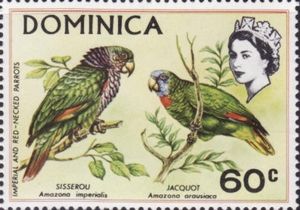 Hurricane Maria has severely jeopardized the future of the two Dominican species, especially the critically-endangered Imperial amazon. Maria also struck a devastating blow to conservation efforts to save the Puerto Rican amazon. I will continue to monitor the status of each imperiled Caribbean species in this crucial recovery period– and report back to you here.

While many Caribbean parrots are threatened with oblivion today, many others that once lived across the West Indies are now extinct, including several amazons and macaws for which we have no museum specimens, thus no empirical evidence. These lost species exist only in the accounts of early travelers, making these once-vibrant island jewels, sadly, hypothetical. Centuries removed today from the living reality of these birds, we will never have a chance to know for sure what they were really like, even down to their basic color patterns.

I can think of only one thing worse than extinction —and that is total erasure.

So peruse this list of the Caribbean’s endemic parrot species, living, extinct, and erased. Consider the wonder of the region’s unique tropic isles, still graced with so much beauty. Remember the threats that each unique species faces in this imperiled realm of endemism. Dream of the glories that we will see no more.

Did you get the meaning of all of those Vulnerable, Endangered, Critically Endangered, Extinct, and Hypothetical designations? They mean: man has not been kind to the Caribbean parrots. We have shot them, ate them, sold them, caged them. We’ve stolen their islands from under them and erased them from the face of earth, leaving the surviving species hanging on to the edge of existence by their zygodactyl feet.

Is it too late to save what remains of the treasures of Eden? 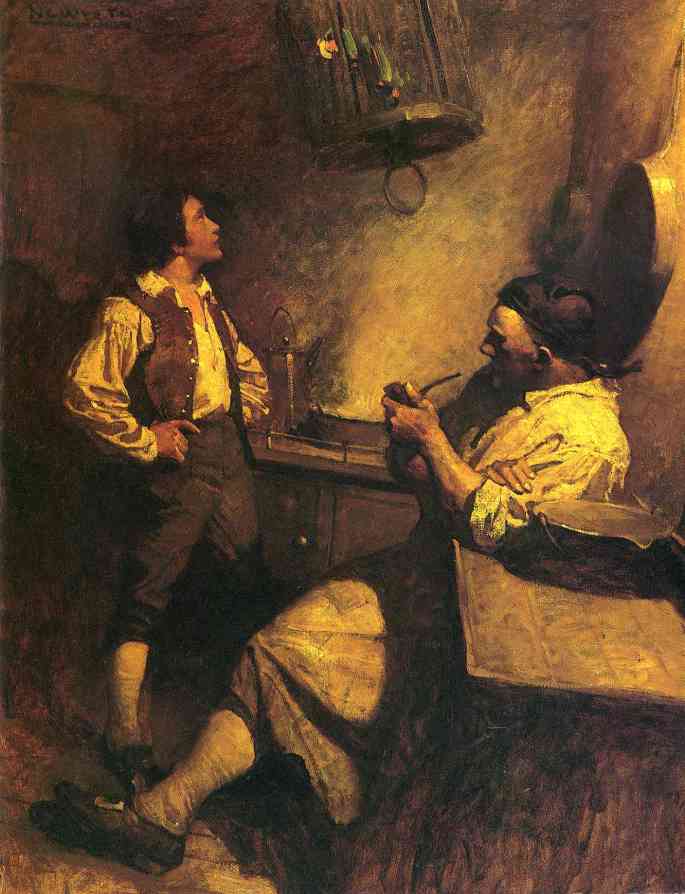